Log In Register
Donate
Donate to support the server!
Re-enable Keep Inventory on siege zones Back

Torque 11 days ago
So, this might be a controversial idea but, I believe that keep inventory on sieges should be re-enabled.
Why?
First, lets look at the set economy.
At this stage in nations, regardless if you drop a set or not, well established nations have huge stockpile of sets.
Alongside the new gun update (which makes people actually wanting to invest in a nation in the server and invest their time because they feel like they have a chance), if keep inventory in siege zones is turned on, it would give new nations even more incentive to actually try fighting their way, because you do not lose sets, thereby keeping the geopolitical landscape alive.
Only exception would be netherite tools, because they are valuable and I believe that they should drop since they are the only loot worth pursuing (unless they have a binding rune) so they should drop (in siege zones) (I do not know if this is possible to implement).
Set repairing is done by duct tape which takes resources to craft unlike mending, and if you take a set durability hit when you die (like which was suggested in N2 beta), it could lead to equipment being popped when you die and respawn, so you do still have the risk of losing a set.
Secondly, servers with keep inventory on in siege zones are WAY less toxic on their own nation members by others, since dying is not much of a deal and is affordable. Points are not much of a hassle anyway in a large siege, and I believe its time that CCNet also tries this method and it would curb a substantial part of toxicity from either side, either towards their own members or at others. This is one of the main reasons I do suggest this as well.

Zaify I recommend you to try at least testing this out in a major siege (since on test server no one wants to do major sieges :/), and give this system a try (neth tools should still drop imo, its your fault if you take it anyway (if you don't have binding on them). I'd rather have a less toxic server where people can actually do something (alongside the new gun update) instead of a server that is toxic, restrictive on new people just for the sake of a "set economy" that is already pretty broken anyway.
Also if you want sets anyway, go raid people or fight in wilderness or chase them away from the siege zone, its not like people don't do these regardless if they get sets in sieges or not.

Torque 11 days ago
I am speaking from experience here when I compare servers with keep inventory on and keep inventory off when I am talking about toxicity directed at players.

Torque 11 days ago
Also remember that set grinding for new nations takes a lot of time unless they find or buy a lot of spawners (which needs money or a lot of mining which in turn needs more time and investment) so small nations feel much more pressure on their set economy than major nations ever do as of right now.

Torque 11 days ago
go gank people outside of claims then + thats where neth drop comes in, there is enough sets for large nations anyway

Torque 11 days ago
Also swords with killstats should also drop but I don't think that can be implemented, if swords and tools drop generally (diamond) it can be problematic because the sword is the hardest part when you are making a set if you are making a proper sword (not one with generic sharp 5)

Boukirchin 11 days ago
Well i think it s worth the try, even though i m not sure about the netherite tools dropping but it can be discussed not a big deal, but the thing is chasing in wilderness is hard, so we may need another way to gain sets and stuff, i have an idea about that i ll prolly make a suggestion rn

humik57 11 days ago
i'd like to ask if the other servers are the same type of towny, and if they have as many active players as on ccnet, and i think that ccnet community would still be toxic after every kill even if it doesnt get them anything but head, because.. ez cope cry seethe, etc, it kind of removes the entire competition on the server when you don't loose anything at all, in the end you wouldn't gain anything anything at all in sieges anymore, the plunder and occupation alone wouldnt pay off the preparations of pots, ammo and movecraft, (not counting sets) i guess you can give it a try during a siege but i think its bad idea, toxicity is just part of most competetive servers

Torque 11 days ago
it is but lower the better 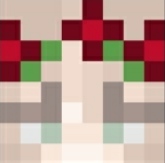 shixe 8 days ago
in my opinion i think there should be keep inventory in sieges so ofc small nations would have a chance in sieges and pvpers wouldn't quit after losing just a couple of sets
i've been in this server for only around 3 months and every time i died i found myself losing my social life away on grinding swords and sets back. i think that if players want to kill for sets there should be "pvp siege regions" where people can kill eachother there and get sets
just like bouk in his suggestion (https://ccnetmc.com/suggestions/view/919-pvp-siege-regions-/) there wouldn't be build perms enabled there and movecraft or anything like that it would just be pvp (with guns) and no bs. would be cool

galacticwarrior9 8 days ago
I think this should be implemented after increasing the gains from wars in another way to compensate for sets not dropping, like reworking TownyResources.

Torque 6 days ago
I agree, but what in towny resources is worthy enough that its worth sieging, but also not overpowered enough that the town that has it will have a much greater edge? Slimefun resources and similar stuff are good for new towns and for new nations (as an example) but for older established nations than 2-3 months its not that worth it, maybe other than the oil that you can fuel with, but its already a thing and no wars have yet as of happened just to grab oil.
Recent Activity

Offensive sieges are TOO HARD??
10 hours ago
by EnormeFrikandel