humik58 about 1 month ago
Basically, past few months tanks got alot worse, gun drum ammo and flamethrower ammo (which is meant to be used against players) deals absolute no damage and nor do shells, tanks in actual combat are a sitting duck, their purpose is to sink other tanks/trucks and damage walls (which doesnt prove to be effective) my suggestion is to buff gun drum and flamethrower ammo so it deals actual damage to players, after all players can get into 90% of tanks using anti tank rifle, towed artillery, another tank, fighter planes and such, they're also quite hard to use in worse terrain

Kingstanchez about 1 month ago
have you experimented with the damage?
how much damage does it do if you are naked?
if you get melted by a FT in prot 4 you will not be very happy

With shells their damage is variable (unintentionally)
So raising the maximum damage may do nothing but infuriate players who get 1 hit by a cannon.

humik58 about 1 month ago
i have personally done it many times, i have used shells that directly hit enemy, unless you blow up artillery piece right next to the player (which deals damage) the shell wont deal much of a damage, there was also a player that was stuck mid sky so i shot him with tank and it did 0.5 damage, also i believe each cannon has its own damage, since tank cannon does way less damage than large 240mm

Klepto about 1 month ago
So after some testing against the nordics i can confirm that machine gun drums and flamethrowre ammo dont do shit even at point blank shot, well if you count one heart as decent damage atleast

xITAxHuman147 about 1 month ago
You can spam them so why should that be not decent damage?

humik58 about 1 month ago
I shot imagination with 2 gun drums directly while he was afk, it left him with 9 hearts, really just gonna suffocate them in sand at this point

Klepto about 1 month ago
That is assuming you can hit them repeatedly, even using two tank cannons you're probably not going to get more than 4 shots at most before they run to safety and the damage then is still incredibly low.

Rattlyy about 1 month ago
Tanks are meant to be support to infantry. At Cairo you melted our walls with tanks

humik58 about 1 month ago
That is simply because the people using wall cannons are trash, missed almost every shot
Still all you can do is jump on the tank, break its roof with anti tank gun and go inside, or throw grenade, intentionally go below tank to get dragged and get pilot banned, drag pilot out of the tank with other crafts, there is so many ways to stop a tank and making it do just a little atleast against infantry, why is every nordic saying oh no tanks are infantry support, how you gonna support the infantry? If the only thing they can do is... shoot walls and tanks.. which already dont do much against infantry... so your point is invalid

xITAxHuman147 about 1 month ago
As you said tanks are useful if the pilot is skilled enough or defenders suck, so you just invalided your point on their usefulness. Again if infantry can get on top of your tank is solely your fault and you deserve to get punished for that. Getting intentionally taxied is so unusual that is way easier to find someone intentionally dragging you, and again they deserve the ban, dragging pilots out of tanks is also bannable. Furthermore, you're taking tanks only as an offensive weapon without accounting for the coverage offered by them and even only taking the offensive sphere (shooting walls and cannons by a mobile position) they are pretty useful.

humik58 about 1 month ago
honestly, you dont have idea what its like using a tank do you, because theres no way, you're gonna watch all those enemies and keep distance from them, why would a tank keep distance in the first place, tanks are useful against MOVECRAFT, you need atleast 6 tanks in a siege to get rid of wall cannons, i dragged kaiser in new cairo because he ran under my tank, ofc i didnt see his name tag, 8 ppl immidiatelly crying reported, ez ban, etc
cairo is ofcourse exception how powerful tanks can be, there was 1 player at cannons most of the time, they use really bad cannon layout, and yet it took 5 tanks to break walls for 2 minutes just so they get repaired again, simply not worth using tanks on offensive against walls, i have no idea why gun drum ammo should not do decent damage against infantry, its actual joke that if you see an enemy you should cruise away from him so he doesnt get on and blow a hole into your tank.

humik58 about 1 month ago
what do you suggest in a situation when enemy has anti tank gun then?

Klepto about 1 month ago
"Again if infantry can get on top of your tank is solely your fault and you deserve to get punished for that" it is completely impossible no matter how good of a tank pilot you are to avoid this happening at some stage. Any i think it would be best to keep things simple and have it so that you can't destroy any part of movecraft as an infantry but tanks keep tanks useless to countering infantry

xITAxHuman147 about 1 month ago
Man, honestly, there are plenty of ways to counter anti-tank rifles, no need for them to be removed.

I also don't see the problems with such a weapon, it's easier to find the enemy equipped with another tank than finding it provided of anti-tank rifle.

Klepto about 1 month ago
Simple it encourages crappy designs with terra bridges for light tanks, and what ways can you "counter" an anti tank rifle you can merely buy time there's no solid way to counter it, and it's just incredibly annoying to have when there's already so many other methods to counter tanks

xITAxHuman147 about 1 month ago
I did an anti-tank-rifle-proof design with 9 terracotta and that's just the proof that you can do things if you try to.

I also don't see your "many other methods to counter tanks" you can shoot them, ok then? What else can you use to counter them?

humik58 about 1 month ago
use cannons, another tank, fighter plane, towed artillery, wall cannons, tnt, or minecarts with tnt are also an option, drop bombs which they cant do anything about, also you can use anti tank gun to sink a tank pretty much aswell

xITAxHuman147 about 1 month ago
You're just repeating things. Obviously, you will use cannons, cannons, cannons or cannons, TNT and minecart with TNTs are not viable options and anti-tank guns are definitely not a viable option for *sinking* a tank, at most you can open a 2x1 hole, but that's it.

Klepto about 1 month ago
"I did an anti-tank-rifle-proof design with 9 terracotta and that's just the proof that you can do things if you try to." yeah i made an anti tank rifle tank aswell but i had little armour for anything else its just an annoying feature that makes me use terra for a bridge instead of armouring a light tank where i want to. " What else can you use to counter them?" making a bunch of 4 block high pillars placing a bucket of water. "at most you can open a 2x1 hole, but that's it" yeah which is why its annoying it can be used to breach into a tank with a completely terra bridge which for most movecrafters is a death sentence. why have something that restricts designs and isnt necessary

xITAxHuman147 about 1 month ago
What isn't necessary? Having a way to open tuna cans with wheels and a cannon? That's surely something you should have instead
Recent Activity

Locked chests
43 minutes ago
by akopevski

Zeppelin Wool Percentage
about 1 hour ago
by Fish08 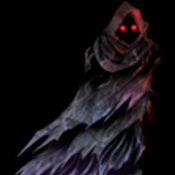 drip crop
2 days ago
by Ineusia

Next Gen
2 days ago
by Ineusia