ImperialCutter 17 days ago
When TownyResources was first polled it was advertised as a way to encourage wars and trade. Its goal, as I quote from the poll, was to

1. "[make] nation membership more meaningful. Whichever nation a town is in will get a share of their daily resource production."
2. "[give] an additional reason to go to war - to seize the resources of other towns. "
3. "encourage trade by transforming towns into centres of production for specific goods."

I argue that it's failed on all three accounts. I cant think of a single siege that happened because someone wanted control over a town's resources. I would be shocked if it was even thought of as a reason to siege someone. That's because most of the resources are useless. A quick look at the map shows towns are producing

All of which have very little to no strategic value. Look at Loonagrad. They paid for level 3 resources and got 22 residents just to get "173 Gray Dye, 38 Dripstone Block, 19 Spider Eye" every day. Seriously, what are people going to do with daily dripstone? How is that a worthwhile investment? Who the fuck has ever said, "Gee! Spider eyes! We need to siege this town immediately!" Resources are so worthless that nations don't even care enough to collect the ones they get.

How much cooler would it be if sieging and occupying a lucky town could give you a daily netherite ingot and tons of levels, like having extra spawners? People might actually care about protecting their resources and taking it from others.

Now let's see how adding some actual valuable resources would fulfill the goals in the poll,

- "[make] nation membership more meaningful" - Because a town producing netherite wouldn't want to be in a freeloader nation that takes half of their production and gives jackshit back
- "[give] an additional reason to go to war - to seize the resources of other towns. " - Occupying a town that produces pot ingredients or XP would help war production
- "encourage trade by transforming towns into centres of production for specific goods" - Well adding more goods that people would find useful would be a start to encouraging trade.

In my opinion this would be a start to adding the geo back into geopolitics.

ImperialCutter 17 days ago
I argue it's not about doing nothing, keeping enough residents to produce the higher level resources is a chore in itself. Konigsberg used to have 100 residents and now they have 51, it shows population can fall rapidly if maximizing it is your focus. Furthermore a town lucky enough to produce top tier resources would be a target for sieges which was supposed to be the purpose of this system from the beginning.

ImperialCutter 17 days ago
You've completely missed the point, it doesn't have to be netherite, even though towns that make one or two netherite ingots per day exist on other servers, that level of production will do jackshit to the prices. Literally add anything that's more useful than the garbage that the majority of towns are given.

Solkenshi 16 days ago
Suggestion isn’t even bad the items are low-key trash majority of the time, you just gave awful replacements, It’d be better if items such as brown mushrooms were flat out removed and replaced with more useable materials

TheLastOreo 15 days ago
keeping some of the existing resources and adding them on as secondary resources to better ones would be best as some of the already given items are to a degree good to have, though also getting for example gravel in bulk, or ore dusts/sifted ore and other similar bulk goods that could either be traded reasonably or be useful directly to a town

Alphar 15 days ago
You should read the server's wiki ImperialCutter. Daily resources depend on the biomes the town is located in. As well the replacements you have wrote in the suggestion are just awful. 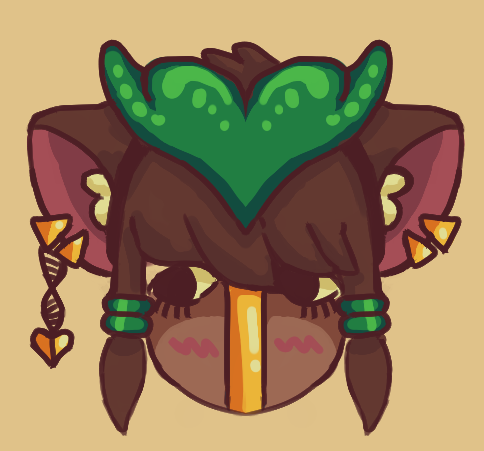 Dan_OCD 7 days ago
I suggest:
SF dusts & ingots, some stacks up to 5 depending on how useful the dust is (no silver)
Gravel 2-4(bcs concrete and SF dusts)
Sand 4-6 stacks maybe even to 8 (bcs concrete)
bigger amounts of wool (can't really say a ammount because i'm biased in wool)
big amounts of redstone 3-5 stacks
coal 3 stacks upwards
AKA just please put resources that everyone uses in everything
Recent Activity

Locked chests
33 minutes ago
by akopevski

Zeppelin Wool Percentage
about 1 hour ago
by Fish08

drip crop
2 days ago
by Ineusia

Next Gen
2 days ago
by Ineusia